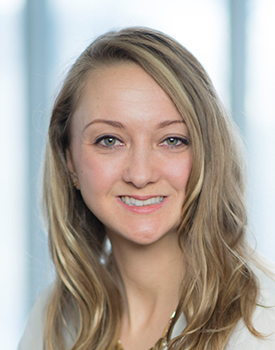 Alicia is a mediator with ADR Chambers and Conflict Management Practitioner for the Director General Alternative Dispute Resolution with the Canadian Federal Government.

Alicia has served as a neutral in over 600 cases and has experience with First Nations and government disputes, human rights issues, personal injury cases, and academic and community disputes. She mediates two-party and complex multi-party conflicts. Her approach to dispute resolution is rooted within a social justice and anti-oppressive framework. This framework allows her to custom design conflict resolution processes that empower parties to reach resolutions.

Internationally, Alicia has worked with the United Nations at the International Criminal Tribunal for the Former Yugoslavia, located in The Hague.  She has also worked alongside a team of legal counsel to the National Democratic Front of the Philippines (NDF), focusing on human rights and identity-based issues related to the peace negotiations between the NDF and the Government of the Philippines.

Alicia is a Chartered Mediator with the ADR Institute of Canada and has an LL.M. in Alternative Dispute Resolution from Osgoode Hall Law School, a Masters in Conflict Studies and Human Rights from the Netherlands, and certificates in Graduate Legal Studies, Civil Procedure, ADR, Advanced ADR, and Practical Ethics for Working Mediators.  She is also a Fellow of the International Academy of Mediators and a Canadian representative to the Women Mediators across the Commonwealth network. She has authored articles on process design, dispute resolution, reconciliation and the mediation landscape in Canada.

Alicia teaches in the LL.M. in Dispute Resolution at Osgoode Hall Law School on the topics of Dispute Analysis and Process Design. She has ten years of experience training mediators, lawyers, business professionals and academics.  She has designed and taught customized workshops on the topics of asymmetrical conflict and the roles of power, culture, and identity framing in peace processes.  She is a frequent presenter at conferences and within the non-profit sector.  Since 2015, she has been the Founder of Mediators Beyond Borders Canada and is a former Director of the ADR Institute of Ontario.