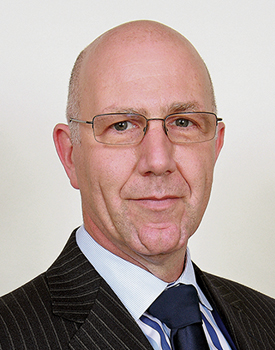 Allan is the President and CEO of ADR Chambers, the largest, private alternative dispute resolution service provider in the world. ADR Chambers has administered over 55,000 mediations and arbitrations since 2012.

Allan is a mediator, arbitrator, negotiation consultant, facilitator, trainer, and ADR systems design specialist. Allan is both a Chartered Mediator (C.Med.) and a Chartered Arbitrator (C.Arb.). He has mediated two-party and multi-party disputes in numerous contexts, including commercial, employment, corporate governance, workplace, banking, personal injury, sports, entertainment and breach of contract. He has also arbitrated numerous commercial cases including cases for the National Transportation Agency and the Ontario Farm Products Marketing Board. His book on ADR systems design, ADR For Organizations, and Mediating Commercial Disputes, were both business books bestsellers. He also wrote Mediation: A Practical Guide and he is the Editor-in-Chief of the LexisNexis ADR Practice Manual.

While at Harvard Law School in 1992, Allan studied negotiation and ADR with Professor Roger Fisher, Professor Frank Sander, and Bruce Patton. He has returned to Harvard on a number of occasions to act as a Teaching Assistant to Professor Fisher. Allan is Senior Advisor to the Jerusalem Arbitration Centre, an ADR organization specializing in mediating and arbitrating disputes between Israeli and Palestinian businesses. He was a Canadian delegate to UNCITRAL for negotiations leading up to the Singapore Convention for the enforcement of international mediation agreements. He is currently a Canadian delegate for UNCITRAL, working on drafting Model Expedited Arbitration Rules for international disputes. He is the Past President of the ADR Institute of Canada, the Arbitration and Mediation Institute of Canada, the Arbitration and Mediation Institute of Ontario and the Sport Dispute Resolution Centre of Canada (SDRCC). He is a Distinguished Fellow of the International Academy of Mediators, an IMI Certified Mediator, a Member of the Canadian Academy of Distinguished Neutrals and an Affiliate Member of the National Academy of Distinguished Neutrals.

Allan has been awarded the Ontario Bar Association Award of Excellence in Alternative Dispute Resolution. He is listed in The International Who’s Who of Commercial Mediation, The Best Lawyers in Canada in ADR and Who’s Who Legal: Mediation. Allan has designed ADR systems for such organizations as the Canadian Bankers Association, the Ontario Human Rights Commission, the Law Society of Upper Canada, and Canadian Tire Corporation.