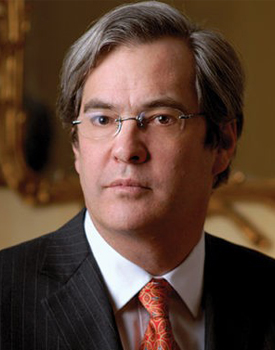 Andrew is a leading, Toronto-based mediator and arbitrator with over 16 years’ experience as a third party neutral in the public and private sectors.

Andrew is an arbitrator on the Canadian Transportation Agency List of Arbitrators and an approved facilitator for the Ontario Energy Board and PEI Potato Board. He is a claims officer dealing with matters that fall under the Companies’ Creditors Arrangement Act (CCAA) and other insolvency law matters for companies such as Nortel, Fraser Papers and Radio Shack. Andrew is an approved mediator and arbitrator for the National Automobile Dealer Arbitration Program (NADAP).

Andrew was a public sector adjudicator and mediator from 2005 to 2018 including 10 years with the Ontario Human Rights Tribunal between 2008 and 2018. He is a former Vice-Chair of the Ontario Licence Appeal Tribunal and is a former Registrar in Bankruptcy, appointed by the Chief Justice of the Superior Court of Ontario.

Andrew was on the ADR Chambers appointed list of mediators and arbitrators handling cases involving the Insurance Act and Statutory Accident Benefits Schedule (SABS) between 2012 and 2018.

Prior to his public appointments, Andrew practiced law at Osler, Hoskin & Harcourt LLP and Blake Cassels & Graydon LLP, focusing on insolvency and restructuring litigation, competition law, securities litigation and corporate commercial disputes. He has appeared before all levels of court in Ontario and a number of boards and tribunals, including the Ontario Labour Relations Board, the Ontario Municipal Board and the Assessment Review Board.

Andrew lectures on bankruptcy, presents at conferences across Canada on insolvency law, and has published articles in the Employment and Labour Law Reporter, The Canadian Bankruptcy Reports and the Annual Review of Insolvency Law.

Andrew is a Member of The Canadian Academy of Distinguished Neutrals, and an Affiliate Member of The National Academy of Distinguished Neutrals. He is a past member of the Board of Directors of the Society of Ontario Adjudicators and Regulators (SOAR), a past member of the Commercial List Users Group, and the Advocates’ Society.

Andrew earned his LL.B. at Osgoode Hall Law School in 1989 and his M.B.A. with Distinction at Schulich School of Business in 2003. He has a B.A. from McGill University and is a member of the Law Society of Ontario. He was called to the Ontario Bar in 1991.