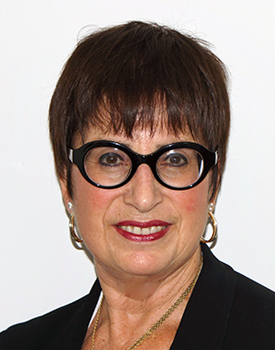 Carol Albert is a mediator and arbitrator with ADR Chambers.

Carol’s areas of expertise include construction, landlord and tenant and municipal law.  She is particularly qualified to hear references and motions in civil court actions, and acts as a private referee under the Construction Act.

Appointed a Case Management Master of the Superior Court of Justice, Ontario in 1998, Carol initially presided over settlement conferences, case conferences and motions in all types of civil cases.  From 2005 until her retirement from the court in 2018, Carol was a construction lien Master, conducting reference trials, motions, settlement conferences and pre-trials in construction cases, with over 100 published decisions. Prior to her becoming a Master, Carol was a lawyer with Gardiner, Roberts from 1983 to 1998.  She also served as a pre-hearing arbitrator for the Ontario Insurance Commission and worked as a trainer and coach in ADR. Carol is a co-author of Ontario Residential Tenancies Law.

Carol’s ADR training includes completing her Masters in Law in ADR, as well as participating in and subsequently coaching settlement conference courses (levels I and II) offered by the National Judicial Institute to judges and Masters from across Canada.

In 2014, Carol was made an Honourary Fellow of the Canadian College of Construction Lawyers. She participated in the CBA Working Group on ADR and as an executive member of the ADR section. During her work with the CBA’s International Development Committee, she developed programmes and participated in training and law reform missions in Uganda, Tanzania, Kenya and Bangladesh on civil case management and mediation.

After completing a Bachelor of Music at McGill University Carol earned her J.D. in 1980 and her LL.M. (ADR) in 1998 from Osgoode Hall Law School, York University.  She was admitted to the Ontario bar in 1982.  Carol has been a long-standing member of the Advocates Society, the Toronto Lawyers Association, The Canadian Bar Association and the Women’s Law Association. She is also a Member of The Canadian Academy of Distinguished Neutrals, and an Affiliate Member of The National Academy of Distinguished Neutrals.

Carol operates out of the Toronto office of ADR Chambers.