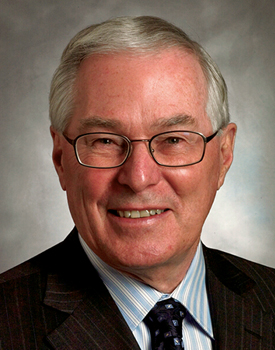 David is a mediator and arbitrator with over 40 years’ experience in civil commercial litigation and dispute resolution. David has served as a neutral and as counsel on commercial arbitrations and mediations domestically and internationally, and has participated in a number of investigations and inquiries. David has mediated and arbitrated multi-million dollar matters in contract breaches, wrongful terminations, construction, and franchise rights. He also has extensive experience with disputes in the oil, gas, and energy industry.

David has been recognized as a leading lawyer in the field of arbitration by a number of respected organizations including Lexpert and Chambers Global. He was also selected as Best Lawyer’s 2012 Calgary International Arbitration Lawyer of Year.

David lives in Calgary, Alberta and is senior litigation counsel with Dentons Canada LLP. He is willing to travel.