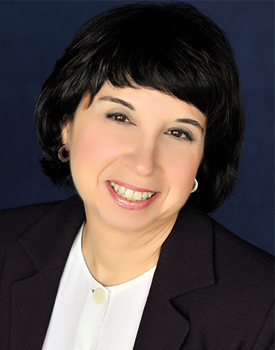 Ellen is a mediator, arbitrator and investigator with ADR Chambers, with extensive experience as a tribunal adjudicator, ombudsman and the director of in-house legal departments. Ellen has been a sought-after speaker on tribunal adjudication and advocacy and ombudsman work at conferences, in educational programs, and for international delegations. Ellen has also been involved in re-engineering adjudication and investigation processes, and designing legislation, regulations, and alternatives to traditional regulation.

Ellen was a Member of the Ontario Energy Board (OEB), an independent provincial quasi-judicial tribunal, from 2012 to 2017. At the OEB she presided over numerous cases on energy issues. These involved applications to approve the rates charged by electrical and gas utilities and to approve the construction of new utility lines.

Ellen was the Ombudsman for the National Capital Commission (NCC), a federal government agency with extensive land holdings and contracted services, from 2012 to 2017. At the NCC she acted independently to investigate and mediate complaints by members of the public concerning NCC property management and operations, reporting to the NCC Board of Directors.

Ellen was a Member of the Canadian International Trade Tribunal (CITT), an independent federal quasi-judicial tribunal, from 2001 to 2010. At the CITT she presided over numerous cases involving business and economic issues, under the provisions of Canada’s trade agreements. These included complaints about major federal government procurements, anti-dumping cases, customs appeals and economic inquiries for the Minister of Finance. She adjudicated numerous cases involving the business operations of manufacturing companies and steel producers.

Prior to her appointment to the CITT, Ellen held the positions of Director of Legal Services at Industry Canada and Environment Canada, Senior Counsel at Transport Canada and Counsel at the Department of Regional Industrial Expansion.  Her major commercial files included the construction of Terminal 3 at Pearson Airport, the financial restructuring of Canadian Airlines and financing for the Metro Toronto Convention Centre. Ellen also has experience in private law practice.

Ellen has been a member of the Ontario Bar since 1979 and has an LL.B. from the University of Ottawa and M.B.A. from Queen’s University.