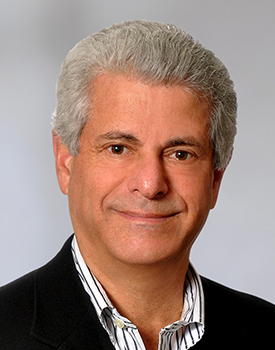 Frank Zaid is a mediator and arbitrator with ADR Chambers, specializing in resolving domestic and international franchise disputes, as well as intellectual property and commercial disputes. His combined legal and business experience in franchising allows him to understand complex issues in franchising to work with the parties in a mediation to resolve disputes, and to conduct an arbitration efficiently and in an organized manner.

Frank has 40 years of experience in business law with an emphasis on franchising, licensing, intellectual property, marketing and distribution law. With his involvement in over 400 franchise systems, he acquired expertise in many diverse industry segments and areas of business law. He has authored and co-authored many books and publications in Canada and internationally, including: Canadian Franchise Guide; Essentials of Canadian Law – Franchise Law; American Bar Association Forum on Franchising Fundamentals of Franchising – Canada;  and International Franchising (Chapter on Hotels). Frank has written and spoken on franchise, competition and intellectual property matters at various conferences and seminars around the world, and has appeared on a number of webinars, television and radio programs. He has been cited in decisions of the Ontario Superior Court of Justice and the Supreme Court of Canada.

After graduating with a B.A.Sc. (Chemical Engineering) at the University of Toronto, Frank earned his LL.B. (Honours) at Osgoode Hall Law School and was called to the Ontario Bar in 1973. He was a senior partner and member of the executive committee at Osler, Hoskin & Harcourt LLP and retired from active practice at the end of 2012.

Frank has been recognized as a leading franchise lawyer in the Canadian Legal Lexpert Directory, the Lexpert/American Lawyer Guide to the Leading 500 Lawyers in Canada, the International Who’s Who of Franchise Lawyers, Who’s Who: Canada, Best Lawyers in Canada, and the Franchise Times Legal Eagles. For several years he was voted by his peers as the most frequently recommended franchise lawyer in Canada.

He has acquired unique business experience as a director of several leading franchise companies in Canada and has been retained as an expert witness in many domestic and international franchise cases.  Since his retirement Frank has also been active as a franchise business consultant, mainly with start-up and emerging companies.

He has completed ADR, Advanced ADR and Applied ADR training through the Stitt Feld Handy Group.