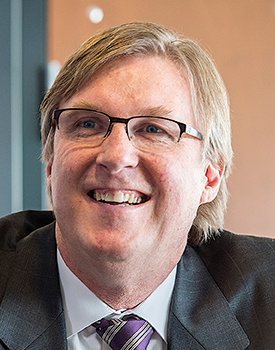 Glen is a mediator, arbitrator and investigator with ADR Chambers.

Glen has expertise in a variety of contexts including sports, entertainment, employment, real estate, and commercial matters.

Glen is a veteran NBA executive and has 27 years successful experience in the sports industry. He is currently the president and CEO of Canada Basketball, a non-profit organization and the governing body for basketball in Canada. He is also Senior Advisor with the Memphis Grizzlies and the co-founder/chairman of HoopDome, the GTA’s only basketball-only public sports facility. Glen was formerly the Director of Athletics & Recreation at McMaster University. At McMaster, Glen turned an annual operating deficit to a surplus, increased sponsorship revenue, doubled the size of the athletic and recreation facilities building, lead the varsity teams to numerous championships and improved athlete care and development.

Prior to McMaster University, Glen was the executive vice president and general manager for the New York Knicks of the NBA where he led the team to the playoffs in each season and its most successful season in 25 years.

From 2004 to 2006, Glen was the President and CEO of the Toronto Board of Trade, the largest chamber of commerce in Canada. He managed a staff of 372 full and part time employees and an annual operating budget of over $16 million. He was responsible for developing a new strategic plan for the organization which transformed the organization into a stronger advocate and leader for the GTA’s business community.

Glen was the SVP and general manager of the Toronto Raptors from 1997 to 2004 during which time he took the franchise from a major crisis to three straight playoff appearances. From 1994 to 1997 he was the Raptors’ VP of Legal Affairs and AGM responsible for all legal, administrative and financial aspects of basketball operations and served as General Counsel for the franchise’s business operations.

Glen’s legal career includes acting as a corporate attorney for major law firms in Chicago and Denver. He was also the VP and General Counsel for the Denver Nuggets and as, legal counsel in the cable television industry, licensed movies, sports and special events for pay-per-view distribution.