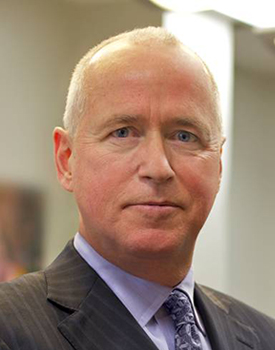 James Newland is a mediator with ADR Chambers. He has lectured extensively in Ontario and elsewhere in Canada and the USA on a variety of subjects in the class action area. He is also an Adjunct Professor at the University of Toronto Law School and the Osgoode Hall Law School, lecturing on such issues as health law and policy, and drug and device regulation.

James specializes in individual personal injury cases, mass torts, and class actions, often involving defective medical devices, pharmaceuticals or mass transit accidents. He has represented clients in numerous negotiations, mediations and other forms of ADR, and has acted as a mediator since 1997. He has been on the Toronto roster for the Ontario Mandatory Mediation Program since its inception in 1999 and has conducted numerous mediations in the personal injury and insurance areas.

James was called to the bar in 1983 after graduating from Queen’s University. He also holds a Bachelor of Arts from Trinity College at the University of Toronto.

He is a member and past director of the Ontario Trial Lawyers Association (OTLA), and a member of the American Association for Justice, the Advocates Society, the Canadian Bar Association, and the Medico-Legal Society of Toronto. He is also the founding Chair of the OTLA Mass Torts and Class Action Section.