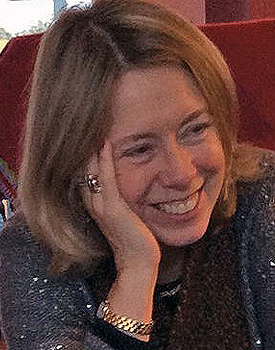 Louise Barrington is an arbitrator and mediator with ADR Chambers.

Louise is a Fellow and Chartered Arbitrator (CIArb), and accredited mediator with extensive international experience in the areas of commercial/corporate law, employment and insurance law. She has arbitrated cases under ICC, HKIAC and UNCITRAL Rules including wrongful dismissal, sales, banking, construction and shareholder disputes in Asia, Europe, the Middle East and Canada.

Louise founded ICC Asia in Hong Kong, founded and directs the annual Vis East Arbitration Moot and is the founder and past president of ArbitralWomen, a non-profit organisation which promotes women in the field of international dispute resolution. She is a member of the ICC Arbitration Commission in Paris and is active in the Chartered Institute of Arbitrators in London.

Louise has a B.A. in English from York University-Glendon College, Juris Doctor from the University of Toronto, and a Master’s Degree in International Private Law and European Law from the Universite Pantheon/Sorbonne Paris 2. Louise holds both Canadian and British passports and is a Permanent Resident of Hong Kong so is considered “local” on three continents.

After practicing law in Toronto she turned to academic pursuits, studying and teaching international commercial law in France, Canada, England, Hong Kong and the USA. Now working full time as an independent arbitrator, she continues to run intensive dispute resolution courses for L.L.M. candidates as well as both fledgling and experienced arbitrators.

Louise is a co-author and editor of “The Danubia Files: Lessons in Award Writing from the Vis Moot“, published in 2013. In 2011 she received the CPR Award for her contribution to diversity in the field of international dispute resolution.

Louise is fluent in English and French, and speaks conversational Spanish. She is available to arbitrate and mediate through the ADR Chambers head office in Toronto, Canada.