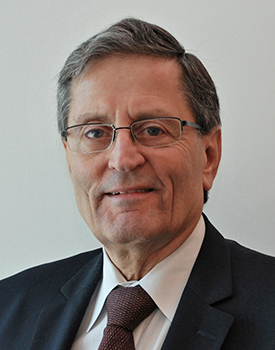 Ronald Dash is a mediator and arbitrator with ADR Chambers.

Ron was a Case Management Master of the Ontario Superior Court of Justice for almost 16 years until his retirement from the bench in November 2016. As a Master, Ron presided over thousands of cases, adjudicating motions and references, conducting settlement conferences and pre-trials and case managing actions. He has had extensive experience adjudicating and mediating matters where one or more of the litigants was self-represented.

Before being appointed as a Master, Ron was a litigator for 27 years with the firm of Zammit, Dash & Semple. His practice included commercial litigation, family law, plaintiff’s personal injury and wrongful dismissal actions.

In 1998 Ron obtained his mediation certificate at the Osgoode Hall Law School intensive mediation program. He had just begun to offer mediation services in conjunction with his law practice, and was an early member of the Ontario Mandatory Mediation Program when he was appointed as a Master in 2001. He has, since joining ADR Chambers, completed further mediation training with the Stitt Feld Handy Group. He has completed intensive arbitration training with the Toronto Commercial Arbitration Society.

Ron obtained his B.A. in psychology at the University of Toronto, his law degree from Osgoode Hall Law School and was called to the bar in 1974.