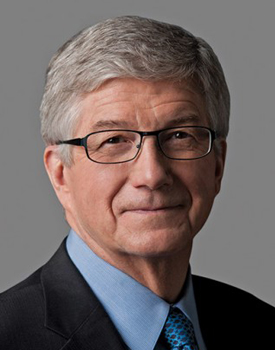 Derry Millar is an arbitrator and mediator with ADR Chambers. He continues to practice law as counsel at Weir Foulds LLP.

His areas of expertise include commercial, estates, environmental, insurance, aviation, products liability, and real estate matters.  He has dealt with complex commercial, environmental, aviation, products liability and estate cases. Derry has acted in class actions for both plaintiffs and defendants and has acted in a variety of class actions as counsel to class counsel on issues arising in the proceedings, including fee approval motions.

Derry earned his LL.B. at Dalhousie Law School in Halifax and his B.A. at the University of Saskatchewan, Regina Campus. From 1971 to 1972, Derry clerked with Mr. Justice Ritchie of The Supreme Court of Canada. He is a member of the Arbitration and Mediation Institute of Ontario, the Canadian Bar Association, the Advocates’ Society, Toronto Lawyers’ Association, The Osgoode Society and the Defense Research Institute. Derry is a Fellow of the American College of Trial Lawyers and a Fellow of the Chartered Institute of Arbitrators. He is a Member of The Canadian Academy of Distinguished Neutrals, and an Affiliate Member of The National Academy of Distinguished Neutrals.

Derry has held many positions as chair and member of various committees at the Law Society of Ontario. Derry served as Treasurer of the Law Society between 2008 and 2010 and as an Elected Bencher from 1995 to 2008. Between 1985 and 1996, Derry served as a Chair of Boards of Inquiry established under the Metro Toronto Police Force Complaints Act, 1984 and the Police Services Act to hear complaints against police officers. He has arbitrated commercial and real estate cases and has also arbitrated matters regarding domain name disputes for CIRA. As a Bencher, he has heard many discipline cases.

Derry is willing to travel and can be reached through the Toronto office of ADR Chambers.