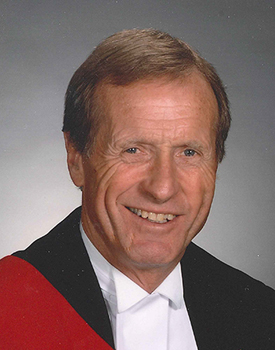 Wolf is an arbitrator and mediator with ADR Chambers.  His areas of expertise include insurance, real estate, employment and commercial disputes.

Wolf spent the past 14 years as a Superior Court Judge in London, Kingston and Belleville (Ontario) where he presided over trials involving medical malpractice, defamation, insurance, family, wills & estates, municipal and environmental disputes.  Prior to his appointment to the Superior Court, Wolf was a litigator at the firm of O’Flynn, Weese, Tausendfreund LLP in Belleville, where he practised civil and criminal litigation.

Wolf resides in Belleville, Ontario and is willing to travel.